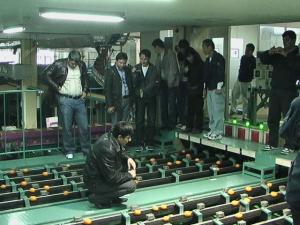 Fourth UNCRD/JICA Training Course on Endogenous Regional Economic Development Utilizing Local Resources for Central Asia (Phase 2)
20 Nov 2013 - 21 Dec 2013
Nagoya, Japan
Central Asia is located almost at the very centre of the Eurasian continent, surrounded by Russia to the north, China to the east, and Afghanistan and Pakistan to the south. The five republics that constitute the area, namely, the Republic of Kazakhstan, Kyrgyz Republic, Republic of Tajikistan, Republic of Turkmenistan, and Republic of Uzbekistan, became a part of the former Union of Soviet Socialist Republics (USSR) in the 1920s. They have since become independent following the disintegration of the USSR in 1991, and each nation has been making the transition to a market economy; however, their degree of economic development varies depending on differences in amount of natural resources and pace of reform. Kazakhstan and Kyrgyz have been actively promoting structural reform through trade liberalization, relaxation of regulations, and privatization of state-owned enterprises, while Uzbekistan and Turkmenistan have chosen not to use such radical measures, and instead promoted gradual economic reform based on their own strategies. In the meantime, Tajikistan, having reached a peace agreement in 1997 after years of civil war, held a parliamentary election in 2000 and took a step toward reforming its economy.

Each nation in Central Asia has stabilized its macro-economy; however, as a result of the introduction of a market economy, they are all facing growing disparities between the centre and the periphery, and urban areas and rural areas. Specifically, in rural areas where neither major industries exist nor energy and mineral resources available, transition to a market economy has caused the decline of agriculture and other existing industries, and this has resulted in an increased unemployment rate and ever-high poverty incidence. Furthermore, the collapse of the social security system, a safety net in the Soviet years, has directly affected the poor. From the perspective of human security as well, it is a significant challenge for Central Asian nations to employ measures to protect and empower the poor and, in the long term, to correct prevailing disparities and promote balanced regional development across the nation.

Rather than energy- and mineral resource-related industries, the economy of Central Asia is dependent on agriculture, livestock breeding, and food processing. Small-scale farmers who used to belong to the Soviet collective farm system are now producing agricultural products individually. Poor technology and scarce funding make it hard for them to increase output. While it is vital to build a system to support the farmers through production guidance, business consulting, sales support, and financing, it is also necessary to boost the local economy by promoting food processing and light industries utilizing local agricultural products and building a linkage with tourism promotion. However, administrative and institutional capacities for problem solving at the local/regional level are not sufficient, and facilitators/coordinators need to be trained to initiate and promote Endogenous Regional Development (EnRD) in collaboration with local governments, cooperative associations, farmers, private firms, and other relevant stakeholders.

Against this background, UNCRD, in collaboration with JICA, conducted a three-year series of training courses on "Endogenous Regional Economic Development Utilizing Local Resources for Central Asia" from fiscal 2007 to 2009 and trained a total of twenty-five central/local government officials. Subsequently, in fiscal 2010, in response to a further request for capacity-building from the Governments of Kazakhstan, Tajikistan, and Uzbekistan, UNCRD launched another three-year training course targeting those three countries.

The training course aims to provide participants with a full understanding of the EnRD concept as well as the knowledge and skills necessary for promoting local industries and specialty products based on the EnRD approach.

The course offers an opportunity to understand the concept of EnRD by learning from the experiences of Japan and other countries through lectures, case studies, field visits, and group discussions while enabling participants to exchange their ideas and experiences. Each participant will also formulate an action plan describing what he/she will do after they go back to their home country to share and disseminate the knowledge, skills, and ideas acquired and discussed in Japan to his/her department/organization and other stakeholders.

The curriculum was structured around the two themes of "Outline of Regional Development" and "EnRD". Through lecture and discussion sessions, participants studied topics such as how to identify and utilize local resources; breeding and extension services provided by research institutes; local linkage of primary, secondary, and tertiary industries (or local linkage of production, processing, and sales promotion); and infrastructure and institutional preparation for promoting this linkage as well as the importance of collaboration between farmers and the government sector. As for case studies, participants visited Meiho, Gifu Pref. where they observed the revitalization efforts undertaken by means of setting up public-private companies related to ski facilities and local specialty products; the local industry promotion of Hida-Takayama, Gifu Pref.; Japanfs agricultural cooperative association system at JA Gamagouri City; and the strategy of the antenna shops of "Hokkaido Dosanko Plaza" and "Zarai-Oita" in marketing local foodstuffs in Tokyo and brand-building.

Participants are expected to disseminate what they learned from the course by sharing their knowledge and experience in the respective programme/projects to promote EnRD that are conducted in collaboration with central/local governments, private firms, NGOs, and local residents. This will ultimately contribute to the achievement of the Millennium Development Goals (MDGs), in particular, the first goal, that is, to "eradicate extreme poverty and hunger," and the realization of sustainable regional development in Central Asia.