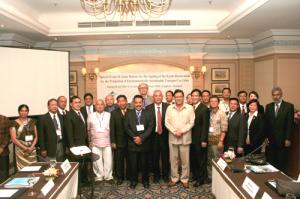 Organized as a special event of BAQ 2008, this signing ceremony aimed for the further proliferation of EST among additional Asian cities, which would not only be signing the Kyoto Declaration and joining this important and meaningful course of action under the Asian EST Initiative, but would also be showing their commitment to deal with emerging issues such as climate change, the central theme of BAQ 2008, through integrated EST measures. The event gained the participation of selected twelve city mayors, governors, and senior government officials and representatives from South and South East Asian countries.